Parents who wonder whether their child’s development is “normal” may want to compare their child’s progress to the milestones for typically developing children in books or in the Web resources listed below. If parents suspect there may be a problem or if there is a substantial difference in a child’s development from what is suggested in these lists of milestones, parents can contact the child’s pediatrician or other health care provider and ask for an appointment. It may help to remember that, at times, a physical problem such as frequent illness may slow development.

What is the general pattern of physical development from birth to 5?

Height and Weight. A child’s height and weight change dramatically over the first 5 years of life. Newborns typically measure from 18-1/2 to 21-1/2 inches in length. A child usually weighs between 5.5 and 9 pounds at birth. A premature baby (born 4 or more weeks early) or a baby who is a twin may be less than 5-1/2 pounds at birth. Most children will triple their birth weight by their first birthdays and quadruple their birth weight by age 2. By the time they are 4 years old, children are likely to have doubled their birth length. These ranges vary, of course, depending on such factors as

A child who is not getting enough nourishment, sleep, exercise, and love and attention may experience slowed growth. However, even the best conditions will not make children grow taller than their genes have determined for them.

A child’s parents and pediatrician or other health care provider may want to chart her growth in height and weight. If this growth slows, if the child’s weight is not proportional to her height, or if her height or weight falls below the fifth percentile for her age, the pediatrician can arrange tests to learn more about the reason for the slow growth. The earlier an abnormal condition is found, the earlier it can be treated.

Growth charts are available online and can be printed out so parents can keep their own records. Here are a few good growth charts from the National Center for Health Statistics:
Birth to 36 Months:

Motor Skills. Children also vary in how quickly they develop specific motor skills. Motor skills are the physical abilities that a child needs to move effectively within the environment. One child may crawl early but walk later than other children. Some children may skip crawling entirely. A parent who is concerned that his child is not learning new motor skills as quickly as other children should discuss this concern with his child’s pediatrician or other health care provider.

How does a child develop emotionally and socially from birth to 5?

Although most babies go through similar stages as they develop emotionally and socially during the first 5 years, adults will also see their children’s individual personalities begin to unfold.

During the first 6 months of life, babies begin to smile at people. They enjoy being talked to and played with. They may imitate some of the facial expressions and movements they see, and they may show a preference for some people, usually their parents, over others.

During the next 6 months, babies often become shy and fearful of strangers. They may cry when a parent leaves and may show a preference for one parent or caretaker over anyone else. Many will try out behaviors with a parent, such as dropping a toy or refusing to eat a certain food. Infants imitate not only sounds but also gestures, and they clearly enjoy the attention this behavior may bring. Many babies from 6 months to a year will begin to cooperate with feeding or dressing by picking up finger foods or holding out an arm for a sleeve.

A 1-year-old is still the center of her own world. She may enjoy playing beside another child, but she doesn’t really understand sharing. A toddler pokes an eye or pulls hair without realizing that this behavior hurts another child. By about 18 months, she may learn her own name and recognize her own reflection in a mirror. She may try to help a parent by imitating the parent’s actions in picking up toys or sweeping the floor. As children approach 2 years of age, they may start to pull away from their parent, becoming less dependent. For good reason, people call this the “NO” stage!

Two-year-olds often become insistently independent. They seem self-centered as they slowly learn about the world outside themselves. Many will not share or take turns and may not play easily with others. Aggressive behavior is more frequent and deliberate than it was when they were younger. A child may seem to refuse to listen but imitate his parent’s tone and words exactly when speaking to another child or his teddy bear. Emotional highs and lows are common. A 2-year-old may be on his worst behavior with the person he trusts the most. The limits he needs for his own safety, as well as for the rights of others, may bring on tantrums. However, he may also be an openly affectionate and enthusiastic companion.

Three-year-old children often are more willing than when they were younger to be apart from parents and to enjoy playing with others. With encouragement, a child may develop the ability to take turns and share. She may pretend to be a character from a television show or a story. Many 3-year-olds show definite gender differences in activities. They begin to learn to work out minor disagreements with playmates so the game can continue. At this age, many children have make-believe friends. At times, they need help knowing what is real and what is fantasy.

Between 3 and 5 years of age, children often enjoy friends enough to want to please them and be like them. They may agree more readily to rules as they get older. They may seem to care more about what their friends say and do than about their parents’ standards. They need to be taught the difference between accidents and deliberate misbehavior, between a bad action and a bad person. They usually understand what is real and what is make-believe. Many will show some empathy for others. Children may begin to show an interest in basic sexuality, both their own and that of the opposite sex.

What should parents do if they are concerned about their child’s development?

Parents who wonder whether their child’s development is “normal” may want to compare their child’s progress to the milestones for typical children in books or in the Web resources listed below. If you think there may be a problem or if there is a substantial difference in your child’s development from what is suggested in these lists of milestones, contact the child’s pediatrician or other health provider and ask for an appointment. It may help to remember that, at times, a physical problem such as frequent ear infections or an eye problem may slow development.

Concerned parents can also call their local Child and Family Connections office to arrange for a visit by a service coordinator. He or she will schedule free evaluations of the child’s development. If the evaluation determines that the child is eligible for Illinois Early Intervention Program services, the service coordinator will act as the family’s personal contact during the time the child receives these services. (For more information, visit the Illinois Early Intervention Clearinghouse.) 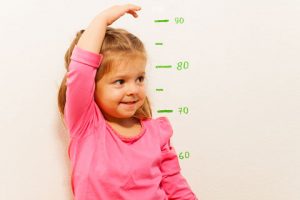