And so on and so on…

Many of a teacher’s decisions are based on routines and the normal schedule of activities that require little if any analysis or reflection. Teaching a lively group of preschoolers requires some routinization or the teacher could risk suffering from analysis paralysis. But many decisions are complex and have a range of implications for particular or individual children as well as for other children within a group. In these cases, some reflection and deeper analysis may be needed.

Much of the growing literature about teacher training and professional development addresses issues concerning what knowledge and skills teachers usually need. For example, in a recent publication, Neuman and Kamil (2010) note that there is increased awareness of the potential benefits of early education for children, but there also must be efforts “to improve the quality of early education by enhancing the knowledge and skills of educators” (p. xix).

But the choice of which strategies to use is often a very challenging one. Developmental norms, such as the normal age range of acquiring particular skills (e.g., learning to walk, to talk) are useful for planning and for alerting staff to possible special cases in need of particular help.

An example that comes to mind is a 4-year-old girl who had been in a preschool class for several months and had never spoken during her time there. However, her parents made it clear that she spoke quite normally for her age at home and when playing with children in the neighborhood. When her teacher told me about this problem, I asked her “What have you tried so far?” To which she replied, “When I pass out the snacks every morning, I tell her that she can’t have a snack if she doesn’t ask for it with words or that she can’t play with a particular toy unless she asks for it.” This strategy had been used unsuccessfully for several months. (And, by the way, it is based on social learning theory, which emphasizes the power of positive rewards for desired behavior.) I then suggested that she could try saying something like “I know you don’t want to say anything to me now. That’s OK. But when you feel ready to, I’ll be over there.” Within a week that child was as verbally interactive as her peers. The adults’ constant pressure on her to talk seemed to cause her “to dig in her heels” and to persist at resistance. Once the teacher offered her the initiative, she relaxed and participated in the activities around her quite naturally.

Young children have control over very little: eating, speaking, and a few other basics, and, indeed, some will exercise their control in much the way that the child mentioned above did. The response that I suggested to the teacher was based not so much on knowledge of developmental norms or theoretical concepts of stages of development but on insight into the complexities of children’s responses to the contexts in which they are functioning and living.

Helping teachers to reflect on effective strategies with which to resolve the predicaments they encounter is often done through discussion of case studies during their training and through interactions with coaches or mentors who share insights rather than just simple knowledge, skills, or techniques. Some insights can also suggest the usefulness of particular strategies or techniques. 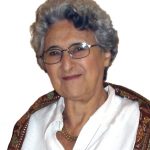 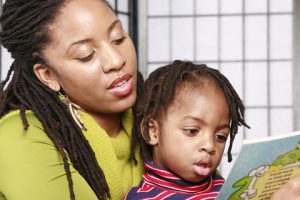