Skip to content
Blogs Perspectives on the Project Approach

As children acquire new knowledge and understanding through project work, they typically represent their understanding in their work/play in the art, writing, dramatic play, and block areas. Teachers new to project work may want to revise or add to the types of materials they make available to young children in these centers. In a recent study of factors that support teachers in implementing the Project Approach with diverse groups of preschool learners, prekindergarten teachers stated that they found it useful to incorporate real objects and materials in the classroom environment. “Real objects” refers to concrete “actual’ objects or authentic materials related to the project topic—tools, machine parts, and other items that are not toys. The teachers found it useful to provide real objects for children to use as props in play or as resources for gathering further information through close examination (Beneke & Ostrosky, 2009).

In the study mentioned above, teachers also reported gathering collections of free or inexpensive, flexible, open-ended materials that children could use in creating 3-dimensional constructions. The brightly colored buttons, shapes, feathers, and papers that are often standard art supplies in prekindergarten art areas are appealing and provide many opportunities for children to engage in sorting, sequencing, and patterning, but they are not likely to be particularly useful to children who want to construct 3-dimensional representations of objects or events under investigation.

As a teacher, I observed this need for real objects and open-ended materials in my students’ project work. In the course of an extensive investigation of cars, children in my mixed-age classroom of 3- to 5-year-olds were very interested in examining and manipulating real car parts that we brought into the classroom (Beneke, 1998, 2004). The children used a welding mask in dramatic play (see Figure 1), and they loved learning about car engines by taking them apart (see Figure 2).

As they constructed their own car, they studied and represented parts of cars using open-ended materials such as paper towel tubes, meat trays, sponges, liter soda bottles, paper bags, newspaper, and lids from gallon milk containers (see Figures 3, 4, 5, and 6).

Other teachers have also reported the use of real objects and materials in their students’ projects. For example, children who wanted to construct a hair salon in their dramatic play area developed a list of the objects they would need to create their salon. They decided that they would be able to gather some of the props, such as shampoo bottles, but they also decided that they would need to construct some of the objects themselves, such as the lollipops to be given to customers (Gallick, 2000). The materials that the children used to construct lollipops included orange juice cans, film containers, and Popsicle sticks. This pattern of collecting real objects and creating representations of others can be seen in many projects. For example, children in the Hospital Project collected objects used in real hospitals and then created their own lab coats out of plastic bags (Sanchez, 2007), while children in the Katrina Project experimented with building strong levees by using “playdough, clay, rocks, and cardboard” (Aghayan et al., 2005). 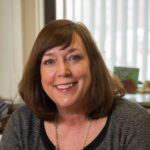 Sallee is Professor and Director of Graduate Programs in ECE at St Ambrose University, Iowa. She coauthored The Project Approach for All Learners (2019) with Michaelene Ostrosky and Lilian Katz. Sallee used the Project Approach as a teacher and has worked to build the implementation of the approach via training and consulting. Sallee co-founded the IEL Project Approach Web site, and Facebook page with Lilian Katz, and she continues to contribute to the site.