I shared my experiences with my son Joshua’s early years in the last blog. I will continue talking about his experiences in school as a dual language learner (DLL) in this blog.

Is it language or something else?

Joshua started preschool at age 3. By this time he could express himself in both languages, but his language development was slow in both languages compared with Korean children in Korea and native English speakers in the United States. I knew this was typical in DLLs, so I answered “Yes” when Joshua’s pediatrician asked me if his language development was on track at his regular check-up. But I was not sure to what extent his language delay could be considered “normal.” Later I learned that many other DLL families had similar concerns. There is no clear-cut method to decide what are typical language delays in DLL children and what are language delays that need early intervention and additional special supports (e.g., speech/language therapy). Developmental milestones are available for parents to check against their child’s development, but these milestones are based on monolingual development.

I decided to have Joshua screened for his language and other development. I was very fortunate to be around many experts in education, so I could easily access information about screening and related professionals. Many DLL families do not even know there are free developmental screenings available for all preschool-age children. It seems critical to use active outreach to involve diverse DLL populations who often have concerns about their child’s language development.

Joshua was six months behind in his language development, according to the speech pathologist who evaluated him. But she did not recommend any service because she thought he was “on track” as a DLL. She said if the items that Joshua answered right with my translation had been considered toward the results, he would have been within the average range. I was relieved, but it would have been better if he had been tested by a professional who specialized in bilingual development and we had received more information about bilingual language development.

Joshua became more fluent in English than Korean when he was 4. When I asked questions in Korean, he would often answer in English. His expressive language, however, still seems to be limited in terms of vocabulary and complexity. Different factors seem to be influencing his language delay, and I believe these are the factors that parents and teachers of DLL children should pay close attention to.

Many researchers have proposed vocabulary knowledge as a strong predictor of later reading ability and comprehension. Although Joshua was born in the United States, his exposure to English has been very limited compared with children from English-speaking families. He speaks English with his friends and teachers at school, but other than that his primary language has been Korean. He speaks Korean at home, at church, and with my family members and friends. As a result, Joshua has been exposed to a very limited English vocabulary. For example, a simple verb such as “sip” that an English-speaking child would use from a very young age was a word that Joshua had never heard of until this year. His kindergarten teacher told me that when she asked him to find the picture of “sip,” Joshua hesitated a little and picked “ship.” She thought this was an example of him not paying attention, but I knew that he did not know the word and thought he misheard “ship.”

Words and phrases in cultural context

Words have a cultural context behind them. Words used in the United States reflect the American way of life. For example, Joshua had a difficult time understanding “camping” and “campfire.” These are the words that you might be able to explain in a sentence, but you cannot explain the whole context that these words deliver. I showed Joshua video clips about camping and read camping books with him to help him understand these words. Idiomatic phrases often pose additional difficulties. Joshua heard idioms at school including “break a leg,” “bite your tongue,” “have ants in your pants,” “throw a fit,” and “hit the hay” and came home with no clue what they meant.

Joshua’s exposure to Korean has been limited compared with other Korean children living in Korea. But another impediment to his fluency in Korean—and more importantly to his identity as Korean—was the concept of “superior language,” that one language is “better” than another.

When Joshua was in preschool, one day his teacher asked him how he said his name in Korean. Joshua seemed almost embarrassed, put his head down, and kept saying, “I don’t know. I don’t have a Korean name.” The teacher then asked, “What about Mom? What is her name? How do you pronounce it?” Joshua said, “I don’t know.” I was shocked by his response and asked him why later at home. He said, “My friends were listening to us. They will make fun of me if I speak Korean. It sounds funny. No one speaks Korean at school. It is just for Mom and Dad.” He definitely seemed to be ashamed of speaking Korean at school. When I talked with my friends from different countries about this later, I found many of them had similar experiences. One of my friends from China asked her son’s teachers to call him by his Chinese name at school. One day he said to my friend, “Mom, I have my English name. I want people to call me by that name, not my Chinese name. I feel bad.” DLL children can feel the differences in languages from a very early age, and they may consider the mainstream language superior. These children should have ample opportunities to use their home languages at school, and all children should be explicitly taught to respect every language.

Thank you for reading my story of raising Joshua as a DLL child. I think these children are fortunate heirs of two wonderful cultural and linguistic heritages. I wish all the best to my fellow DLL parents. 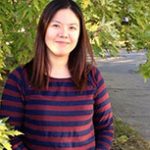 Dr. Hyejin Park is an alumna of the department of special education at the University of Illinois at Urbana-Champaign. She has a master’s degree in teaching English to speakers of other languages (TESOL) and received her Ph.D. in special education. Hyejin also taught children with disabilities in public schools and is the mother of a boy who speaks both Korean and English.

Setting(s) for which the article is intended:
Intended audience(s):
Age Levels (the age of the children to whom the article applies):
Related Illinois Early Learning and Development Standards:
Reviewed: 2022
Search for additional IEL resources on: