Getting Ready to Teach Young Children About Native Americans

This blog post offers some suggestions for preschool teachers. But first, I invite you to think back. What were you were taught in school about Native Americans? What did you see in books and movies?

Experts who study educational materials and popular culture find a lot of misinformation about Native Americans. For example, there’s a common idea that all Native people have somehow disappeared. There are also stereotypes: “All Indians have straight, black hair, and dress in leather and feathers.”

It’s not easy to sort out what’s real and authentic in all those images. Here are some books that can give you a head start. I suggest reading at least one before you start teaching about Native Americans.

Build your own knowledge base

Check your assumptions — and your curriculum

There’s much to learn, so don’t wait until October or November to start your reading and research! 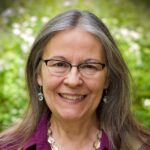 This resource is a part of a series: