Standard: Children develop identity of self.

Self-concept involves children’s thoughts and feelings about themselves. Children are not born with the ability to recognize their own feelings and thoughts, and depend on their early relationships and experiences with caregivers to shape and influence the development of their self-concept. Children’s emerging awareness of themselves as separate people with thoughts and feelings is crucial in forming positive relationships with others while helping build self-confidence in their own abilities.

Self-concept is first marked by a physical realization that children are separate from their primary caregivers.1 In the first few months of life, children see themselves as part of their primary caregiver, usually their mother. Around five months of age, children realize they may be separate individuals and spend the next few months developing a sense of self-awareness.2 Older infants can respond to their names, and around 18 months of age, children demonstrate self-recognition as they are able to identify themselves in mirrors and photographs.

The social development of children in these years also supports the idea that children are building their mental self-concept. This is first seen in children’s ability to identify their body parts when asked, and to refer to themselves in the first person. Around the same time children demonstrate self-recognition, they begin to use words such as “I” and “mine.”3 Children continue to develop self-concept as they demonstrate an awareness of their own characteristics and begin to identify their own feelings and preferences in everyday interactions.

Why the Terrible Twos Aren’t So Terrible

Children begin to visibly exert their independence during the toddler years. Often, this struggle between the desires of children and the desires of their caregivers leads to screams, tears, and frustration. This age period is commonly described as the “terrible twos.” In understanding how children develop, we know that expectations of behavior are determined by societal and cultural contexts. The “terrible twos” are not terrible in every society, as the expectations adults have for young children differ.4 In the Western culture, we encourage independence and expect very young children to control behavior and emotions that they cannot manage at their age. Realistic expectations, patience, and sensitive guidance on the part of caregivers are important for young children and can help make the “terrible twos” pretty terrific!

Children begin to have a greater awareness of their own characteristics and begin to express themselves with their own thoughts and feelings.

Children become aware of themselves as distinct from others both physically and emotionally. During this period, children often struggle with the balance of being independent and needing nurturing from their caregiver(s).

Children begin to identify and discuss their connections to other people and things. Children can also identify their feelings and interests and communicate them to others.

Discover how Self-Concept is related to: 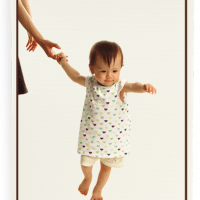 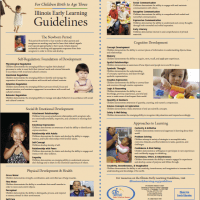 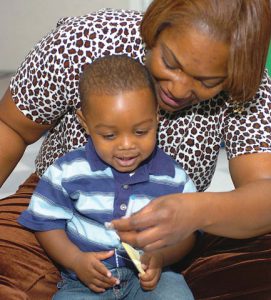